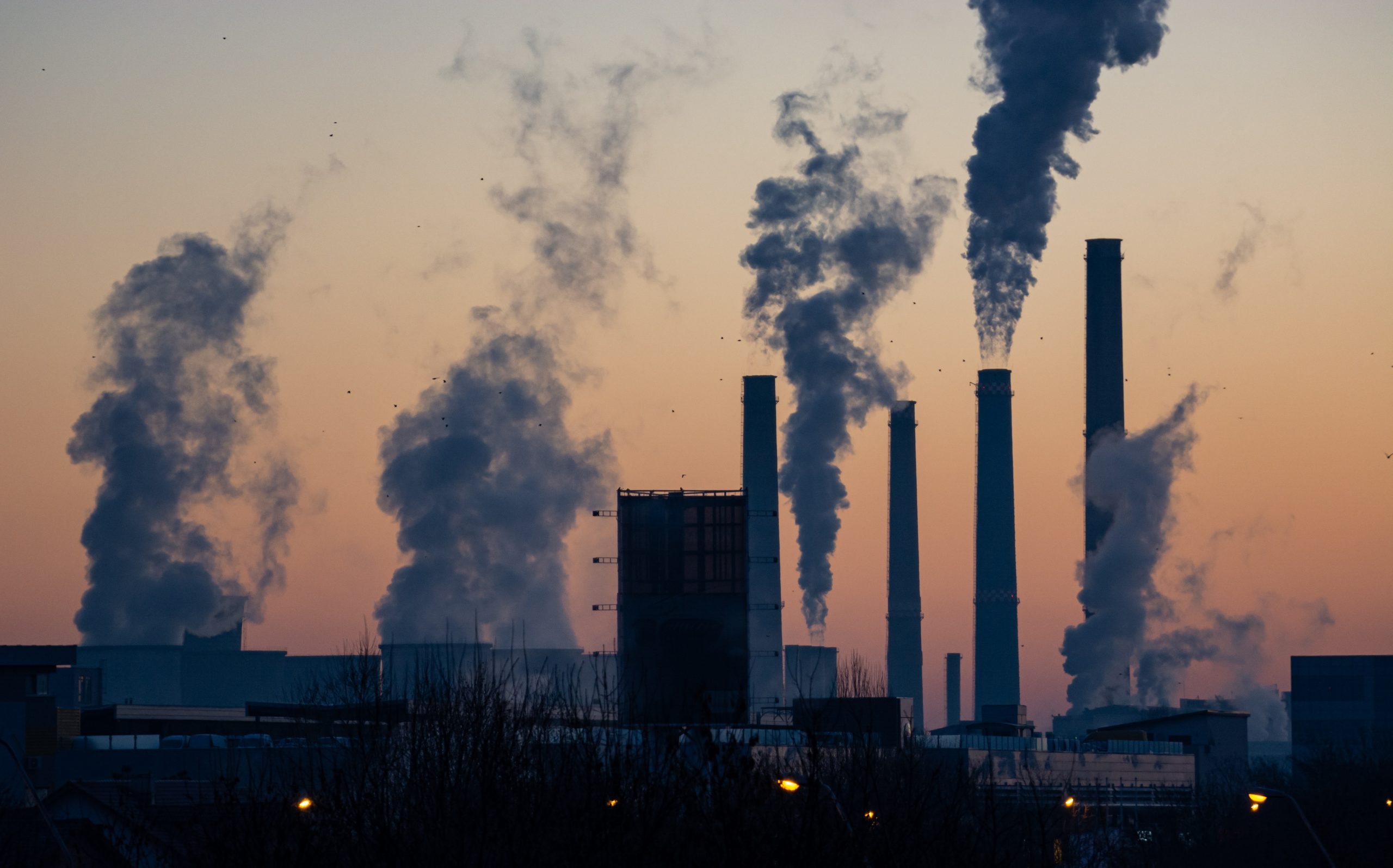 How much is carbon?

L’Età del Carbonio is a monthly series exploring rapidly evolving climate transition scenarios and emerging carbon issues in the world of politics, business and finance. The Carbon Age is produced by Carbonsink for EticaNews and is published monthly with the ET Climate 2022.

July 2022 – Halting the rise in greenhouse gas emissions is key to tackling the ongoing climate crisis. One of the main tools for reducing emissions and driving the world’s economies towards a low-carbon future is carbon pricing, a set of measures that harness market mechanisms to disincentivise the emission of greenhouse gases into the atmosphere by adjusting the price of carbon. Currently, carbon prices are rising sharply, both due to the organic expansion of the market and as a result of more ambitious and structural government regulations and measures.

The two main instruments of regulated carbon pricing (compliance markets) are the emission trading system (ETS) and carbon taxes. In the first case, the government sets a limit that determines the maximum amount of emissions that can be emitted by installations covered by the regulated system. Within this limit, companies can buy or sell emission allowances according to their needs. In the second case, the government sets a price that emitters must pay for each tonne of greenhouse gas emissions emitted. In addition, there are voluntary markets, where carbon credits generated according to international certification standard methodologies are purchased by companies as part of strategies to reduce and manage their emissions. Internal carbon pricing occurs when the long-term impacts of emissions and carbon pricing are integrated into companies’ assessment of the feasibility and profitability of projects, investments and business models.

According to the State and Trends of Carbon Pricing 2022, a World Bank report that provides a snapshot of annual carbon pricing developments, global revenues from ETS and carbon taxes reached USD 84 billion in 2021, an increase of about 60 per cent from the previous year. In particular, prices in the ETS in 2021 reached record levels of close to 56 billion, surpassing carbon tax revenues for the first time at around 28 billion. 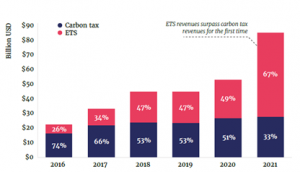 The report notes that there are currently 68 active carbon pricing instruments globally, including 36 carbon taxes and 32 emission trading systems. The highest prices have been achieved in several jurisdictions such as the European Union, California, New Zealand, the Republic of Korea, Switzerland and Canada.

Most carbon price developments in the US take place at the sub-national level, generally through Ets, with significant price increases in 2021 particularly in California (around $30 per allowance) and in the states on the north-east coast of the US, which are regulated by a type of Ets called the Regional Greenhouse Gas Initiative (around $15 per permit).

China, which when fully operational is preparing to host the world’s largest carbon market, is also experiencing an upward trend in carbon prices. Although emission allowance prices remain relatively low compared to other pricing systems, the year’s closing price of 54.2 yuan ($8.5) per metric tonne of CO2 (tCO2) is positive considering that China’s national Ets only came into operation in 2021 and is still taking its first steps.

Despite geopolitical tensions and economic volatility, the European ETS market remains the highest trading value. The Market Sentiment Survey 2022 by the International Emissions Trading Association (Ieta) reports a 64% price increase between June 2021 and May 2022, peaking at 96.90 euro/tCO2 in February 2022. The recent price increase in the EU market has coincided with some significant reforms and more restrictive market changes, such as last year’s decision to increase the 2030 mitigation target.

Carbon credits credited by independent mechanisms dominate the voluntary trading market. Indeed, the World Bank report shows how the voluntary market exceeded USD 1 billion for the first time by the end of 2021, accelerated by the climate commitments made by large companies. This result reflects both rising prices and rising demand from corporate buyers, who are increasingly interested in implementing strategies to offset non-reducible emissions.

Certified carbon credits can be generated by different types of projects with a positive impact on climate, ecosystems and local communities. The most sought-after emission credits are those generated by nature-based solutions, in particular forestry and land management, the value of which more than doubled between 2020 and 2021.

A glimpse into the future

The adoption of carbon pricing instruments is a complex path, especially in the current context of rising inflation and rising energy prices. Although governments are increasingly integrating carbon pricing instruments into their policies, the World Bank report indicates that these currently cover only 23% of global greenhouse gas emissions, falling significantly short of what is needed to meet the Paris Agreement targets. In a Reuters poll conducted in 2021, 30 climate economists polled on the subject estimated that prices of 50-250 Usd/tCO2e would be needed to meet the 1.5°C Paris target, a necessary path to a net-zero economy.

To maximise the effectiveness and benefits of carbon pricing, the World Bank encourages a broadening of this tool to include larger portions of global emissions, including by strengthening cross-border approaches and embedding them in more equitable climate and social policies. Over the past year, international cooperation in this regard has made significant progress.

As part of the broader European Green Deal legislative package announced in 2020, the EU has proposed a series of reforms aimed at aligning the efforts of EU countries towards the 2030 decarbonisation target. Just a month ago, the European Parliament reached agreement on a proposed reform of the climate legislation package that includes the introduction of the Carbon Border Adjustment (Cbam) mechanism in the European ETS. The initiative aims to protect EU economic sectors from competition from imports from countries with less or no climate commitments. The aim is to reduce the risk of relocation of economic activities with high greenhouse gas emissions to contexts with looser environmental and climate regulations, the so-called carbon leakage, safeguarding the competitiveness of European industries and at the same time reducing global emissions.

Although border carbon adjustment mechanisms are also being explored in other jurisdictions such as Canada and the UK, their adoption is not without complexity. Indeed, the Ieta survey shows that although the majority of respondents expect the introduction of Cbam to be “quite effective” in mitigating the risk of carbon leakage, some respondents expressed concern about the impact of the mechanism on the competitiveness of export-oriented industries in the absence of a suitable regulatory solution. The survey also highlighted the issue of the development over the next five years of carbon pricing systems by the Union’s trading partners, a possibility supported by 43% of respondents.

Carbon Neutral Label: the label to give value to the carbon neutrality of your products