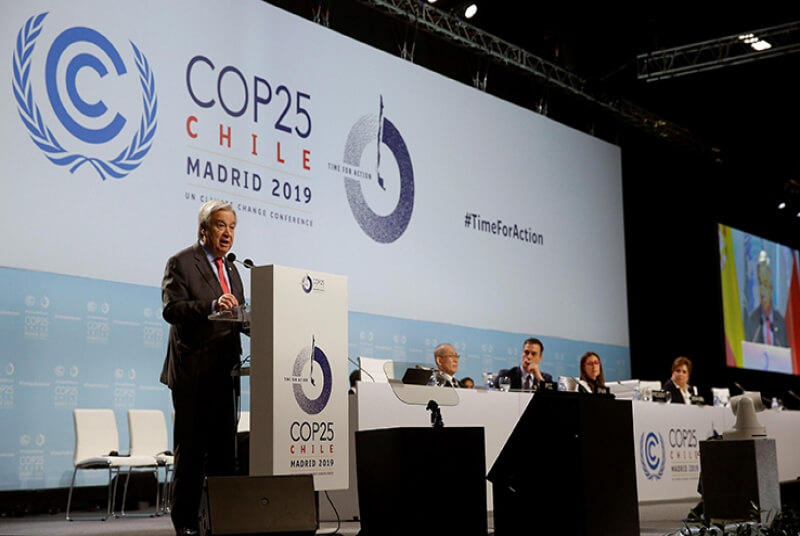 COP25: the Carbonsink report after the first week

December 2019 – Carbonsink is present at COP25 in Madrid, a great opportunity to affirm the Voluntary Carbon Market (VCM) as an essential tool for achieving the goals of the Paris Agreement and Net Zero Emissions at 2050, thanks to the contribution of private companies.

At the end of the first week three particularly important aspects emerged: the first concerns the definition of the rules for the functioning of Article 6 of the Paris Agreement; the second sees the growth of commitment by private companies through the Science Based Target Initiative; the third is the strong growth in demand for carbon credits, in particular generated by “nature-based” projects such as REDD +.

Article 6 of the Paris Agreement is essential for achieving the long-term goals. In fact, through cooperation, the Parties can take advantage of the efficiency and savings deriving from market approaches. After the disappointment of the COP24 in Katowice, there is great expectation that the Parties will establish clear and transparent rules for the implementation of Article 6, and that they will give greater certainty to private companies and sector operators. Unfortunately the first days of negotiation have brought little progress and the text remains essentially undefined. The schedule of meetings will still be very busy in the coming days.

Despite the uncertainty, private sector initiatives are growing, with numerous announcements of investments in mitigation strategies. Many cues from the side-events organized by CDP, of which Carbonsink is the only partner in Italy since 2017.

In particular, the voluntary Science Based Target Initiative (SBTi) is establishing itself as a reference point for companies that want to define reduction targets aligned with science for maintaining the temperature increase below 1.5 ° C. The initiative, launched in 2015, today sees around 700 companies that have declared their commitment, of these 285 have already defined targets officially approved by SBTi. More and more companies aiming at the “Net Zero Emission” target by 2050, thanks to the contribution of “removals” projects for emissions that cannot be eliminated. The achievement of a critical mass of companies, which makes SBTi a reference model for private companies, is no longer so far.

In line with this trend is the report “Financing Emissions Reductions for the Future – State of the Voluntary Carbon Markets 2019” presented in preview by the independent organization Ecosystem Marketplace during the ICROA (International Carbon Reduction & Offset Alliance) workshop.

After a few years of suffering, the carbon credit market reached 100 million tons of CO2 in 2018. REDD + projects made a fundamental contribution, with an increase of 187%, from 10.6 MtCO2e in 2016 to 30.5 MtCO2e in 2018. Expectations for the coming years go well beyond the data presented, considering the further increase in applications already registered in 2019. The projections indicate growth of up to 1 billion tCO2e in the next 5-10 years. Certainly, a strong commitment will be necessary for the development of new projects, according to the best quality standards for the environment and for local communities.

COP25 is still at the beginning, the second week will still be full of new rounds of negotiations and new events, also with the contribution of Carbonsink.