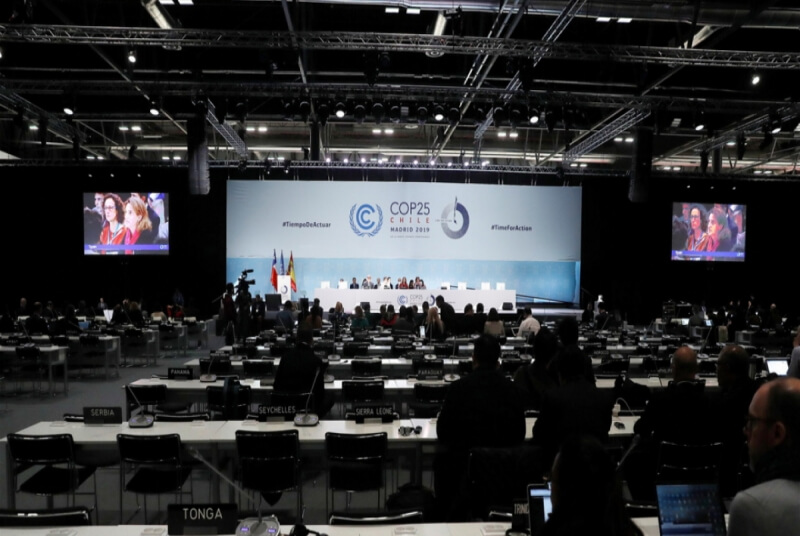 COP25 disappointment: Madrid turns its back on Climate Action

December 2019 – “After two weeks of negotiations, so much talk, we have reached the end of COP25. I cannot explain to myself how it is possible that no step forward has been taken from Katowice to Madrid … Today is a sad day for those who work in environmental sector and the fight against climate change … Not approving Article 6 of the Paris Agreement means failing to set common rules for the post-2020 carbon market. But what is even more serious is not having clarity in the rules, in the mechanisms … this inevitably translates into an increase in mistrust and little interest on the part of the private sector to invest concretely: there is much talk of “ambition” and “climate action” … but what happened today is quite the opposite … ” , are the words of Carbonsink Managing Director, Andrea Maggiani, a protagonist at the second week of COP25, who express the great disappointment of having slowed down and interrupted the net-zero emissions transition of which our o Planet needs.

The 25th United Nations Conference on Climate Change (COP25) came to its conclusion, but the end of the negotiations was considered a real failure: similarly to what happened last year in Poland, not even in Madrid in fact, the Parties have managed to find common rules to regulate Article 6 of the Paris Agreement.

The final text published after two weeks of talks refers to the Agreement made in Paris in 2015 which did not require most countries to increase their goals until 2025, but “you cannot simply copy and paste the four-year text It is necessary to recognize that after almost five years the climatic emergency has worsened and public anger has become stronger “, declared him one of the many environmental activists present in Madrid.

In Madrid, a step back was taken, it is as if we had turned our backs on climate action and the intensification of ambition at a time when we know that achieving the net-zero emissions target will depend heavily on the access to cooperation on the international market.

Appointment then again postponed to the next in Glasgow, it is recommended at the next COP of the United Kingdom to place Article 6 as an absolute priority. “