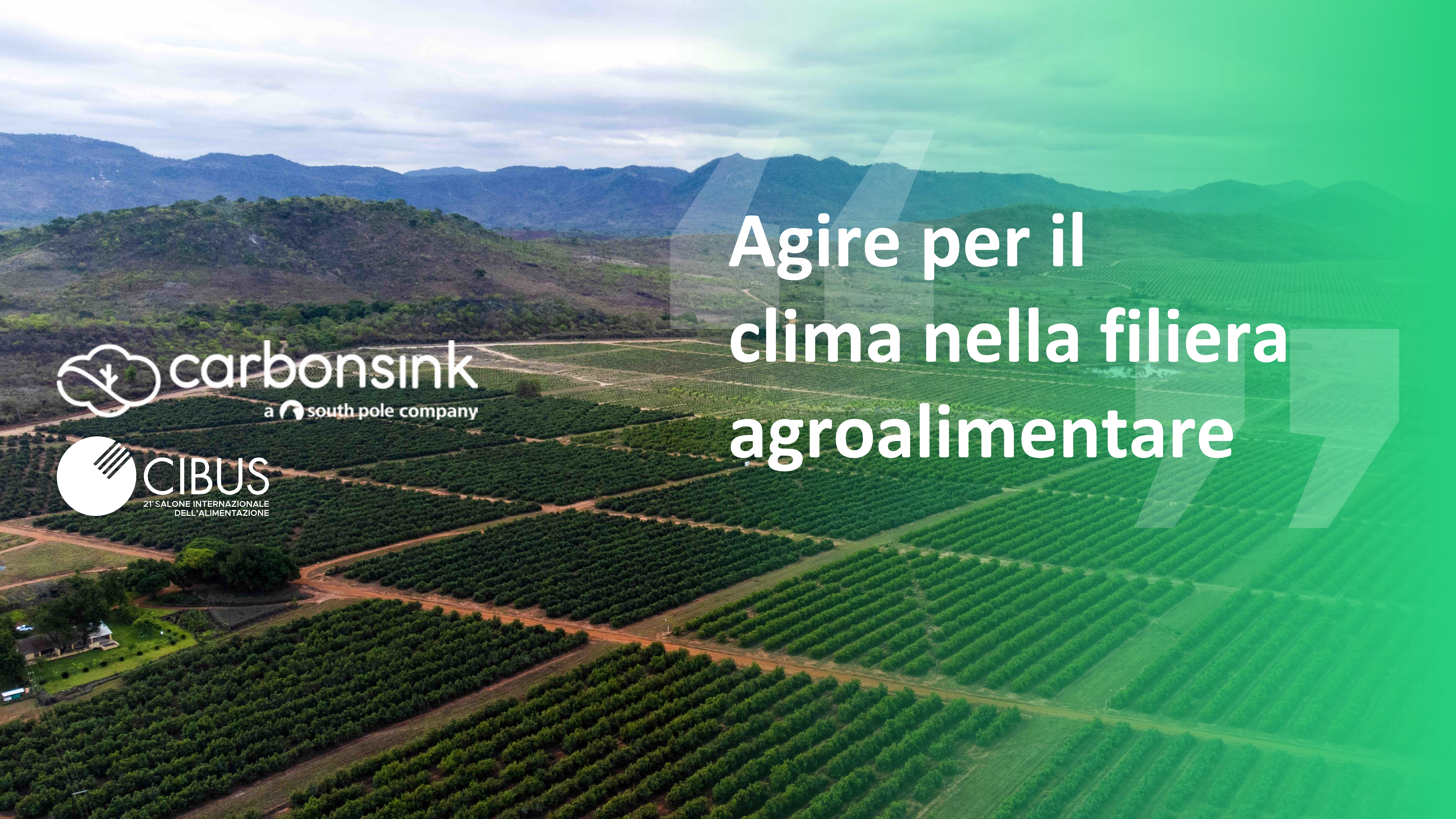 Agriculture: the sector is at risk if emissions are not reduced. Intervening in the supply chain to curb extreme weather and price rises

By Carbonsink6 May 2022Events3 min read
No Comments

At CIBUS 2022, the conference organised by Carbonsink on the current initiatives and opportunities of “Acting for the climate in the agro-food chain”.

May 2022 – The agro-food sector accounts for about one third of global emissions. The effects of ongoing climate change are already affecting food security due to rising temperatures, changes in rainfall patterns and more frequent extreme weather events. A trend that will intensify in the future if no action is taken to reduce greenhouse gas emissions. Climate science has estimated that without a decisive reversal of the trend, the price of cereals may increase by 29% by 2050 due to climate change.

This data underlines the urgency of putting the issue of how to address and mitigate the impacts of climate change at the centre of the sector’s agenda.This was done by experts, academics and agri-food companies at the 12th Salone dell’Alimentazione in Parma, under the aegis of Carbonsink, Italy’s leading consultancy firm in the design of climate strategies, part of the international South Pole group since January 2022.

““Faced with the challenges posed by ongoing climate change, the sector has the historic opportunity and ability to move from net carbon emitter to net carbon sink, i.e. to remove emissions from the atmosphere instead of producing them,” explained Davide Tonon, Carbonsink’s Technical Lead for climate strategies in the Food & Agro sector.

During the conference, Tonon expressed optimism, describing how a positive paradigm shift has been taking place in recent years among the most innovative companies: “In the past, those who measured their carbon footprint did so for the sustainability report, today they start from the measurement to put ambitious climate strategy projects on the ground”.

The climate strategies best suited to the food world are based on key steps (Measure, Reduce, Compensate) and integrate the use of recognised standards for measurement, specific guidelines that recognise the fundamental role of the supply chain and guide towards regenerative agriculture approaches, and the use of offsetting tools such as certified carbon credits, in order to be able to immediately contribute to projects with a positive impact on ecosystems and local communities.

“In order to involve agriculture in the climate change challenge, it will be crucial to consider economic mechanisms as well,” Tonon adds. Many initiatives are also underway at policy level, such as the European Union’s Carbon Farming Initiative”.The European Commission’s new Carbon Farming Initiative, due to be launched by the end of the year, envisages remuneration schemes to promote farming practices that favour the absorption of carbon in the soil.

In addition to Davide Tonon, the conference was also attended by Vitaliano Fiorillo, Professor of Management at Bocconi and director of AgriLab, Fabiana Marchini, Head of Sustainability at Sanpellegrino (Nestlè Waters), Davide Rocca, Head of Agronomy at Consorzio Casalasco del Pomodoro, and Luca Travaglini, co-founder of Planet Farms. The debate was moderated by Corriere della Sera journalist Alessandra Puato.

The secret to a good net-zero plan? Starting from the ground up

COP25: the Carbonsink report after the first week